Gold continues to gain value and inches closer to $1900

The market forces and events which have taken gold to higher pricing since the end of March are still dominantly in play. The two primary forces are dollar weakness and data indicating an uptick in inflation. These two factors greatly affect treasury yields and in turn treasury yields affect bullish or bearish sentiment in gold. Recently the U.S. Labor Department showed that the consumer price index jumped to 4.2% in April. It is up 2.6% from the numbers revealed in March.

According to The Economist, in an article named “how to gauge investors’ fears of inflation” they said, “What do investors fear most? In the Bank of America’s long-running survey of fund managers, the tail risk that has mostly preoccupied them until recently has been the pandemic. In this month’s survey, though, inflation rose to the top of the list of worries. It is not hard to see why. High inflation, if sustained, would require central banks to act decisively to contain it. That would mean the end of the low interest rates that have underpinned the prices of an array of expensive-looking assets, from stocks and bonds to property.”

While there is absolutely a recovery from the recession caused by the pandemic occurring worldwide although at different levels, the data suggesting that inflation is increasing is adding a new twist to our economic recovery which can be reflected in market sentiment for different sectors in the financial markets. Today the Wall Street Journal reported that, “The challenge facing investors was apparent this month when new data showed a surprisingly large jump in consumer prices. Rather than rise, a collection of assets generally thought to safeguard investors against inflation fell after the report.”

This article also mentioned that, “This week, investors will gain greater insight into the inflation picture when the Commerce Department updates the Federal Reserve’s preferred inflation gauge, the personal-consumption-expenditures price index. They will also track earnings from the likes of Dollar General Corp. , Costco Wholesale Corp. and Salesforce.com Inc.”

As of 5:34 PM the most active June 2021 Comex contract of gold futures is fixed at $1881.60 after factoring in today’s net gain of $4.90 (+0.29%). Two thirds of today’s gains in gold can be directly attributed to dollar weakness. Currently the dollar index is fixed at 89.825, which is a decline of 18 points, or -0.20%. The dollar index has been in a defined downtrend since the end of March which correlates directly to the second bottom of gold pricing which occurred at the same time. Today’s price advance in gold was also due to active participation by traders and investors bidding the precious yellow metal higher. 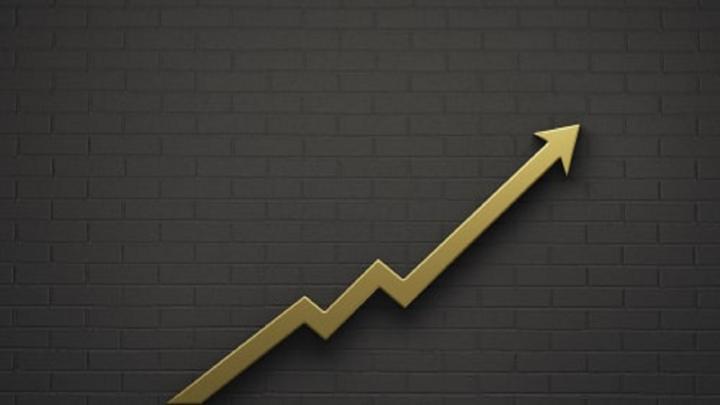