There is no doubt that the number one question on the mind of gold investors and traders is, “What is the current state of inflation in the United States?” They are pondering whether or not current rises in real costs of living are ‘transitory’ or ‘sticky’. In other words, what sectors are showing price increases that will be sustained versus what price increases in sectors are simply temporary.

There is real proof of price increases across-the-board as reported by the Federal Reserve today. According to the Beige Book, which is a summary of commentary on the current economic conditions, “On balance, overall price pressures increased further since the last report. Selling prices increased moderately, while input costs rose more briskly. Input costs have continued to increase across the board, with many contacts noting sharp increases in construction and manufacturing raw materials prices. Increases were also noted in freight, packaging, and petrochemicals prices. Contacts reported that continuing supply chain disruptions intensified cost pressures. Strengthening demand, however, allowed some businesses, particularly manufacturers, builders, and transportation companies, to pass through much of the cost increases to their customers. Looking forward, contacts anticipate facing cost increases and charging higher prices in coming months.”.

The Federal Reserve’s commentary on pricing is clear cut without the need to read between the lines, prices for goods and services have increased, and furthermore, they anticipate these costs increasing in months ahead. This was a primary force that took gold prices higher today.

Dollar strength contributed fractional headwinds. Currently, the dollar index is fixed at 89.92, up 0.091 points on the day, which is a net increase of 1/10 of a percent.

Many analysts believe that gold may remain rangebound until Friday’s report on the U.S. employment situation in May, which will serve as the next key data set used by gold traders. April’s report came in exceedingly below economists’ forecasts. Last month only 266,000 jobs were added, well below the estimate that predicted that 1 million new jobs would be added.

According to Yahoo! News, “Businesses say they can’t find enough workers to hire. The pace of Americans moving off the unemployment rolls is slowing. And a top Federal Reserve official is warning that job trends in May might look “odd.” All of that suggests that the next monthly U.S. employment report, which will be released Friday morning, may not show the robust growth that President Joe Biden needs to help pass his sweeping agenda.”

Currently, economists are predicting that Friday’s jobs report will show that 630,000 U.S. jobs were created in May.

As far as next week’s CPI report, market participants will see how closely the rise of inflation mirrors the information released in today’s “Beige Book”. It is a double-edged sword for gold traders in that rises in inflation are considered bullish for gold. However, it could also affect changes in the timeline for the Federal Reserve to raise interest rates, which would place opposingly bearish pressure on gold prices. 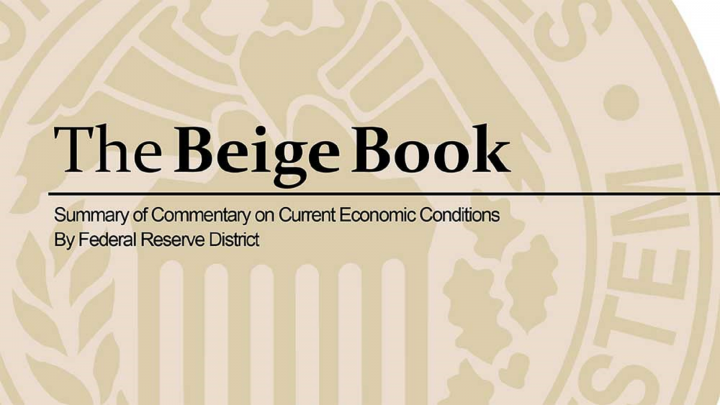