After declining over $60 per ounce last week gold found solid footing and support at approximately $1920. As of 4:30 PM EDT gold futures basis, the April 2022 contract is up by $6.50 and fixed at $1935.90. April gold has become spot pricing with a first-day delivery notice on Friday of this week. The most active contract month in gold switches every two-months, so the next front month for gold will be the June 2022 contract. Currently, the spread between April and June gold futures is approximately five dollars, with the June futures contract currently trading up $6.90 and fixed at $1940.80.

Both U.S. equities and the precious metals saw volatility in the market as it first reacted to statements by the Federal Reserve Chairman Jerome Powell at the National Association for Business Economics today. In his speech today, Chairman Powell said, “We will take the necessary steps to ensure a return to price stability. In particular, if we conclude that it is appropriate to move more aggressively by raising the federal funds rate by more than 25 basis points at a meeting or meetings, we will do so.”

This statement, of course, reinforces the idea that the Federal Reserve is committed to reducing the current level of inflation through the use of interest rate hikes. It underscores the real possibility that the next rate hike announced and implemented will occur during the May FOMC meeting and most likely will be a rate hike of ½% rather than the anticipated hike of ¼%. This is also reflected in the Fed watch tool. 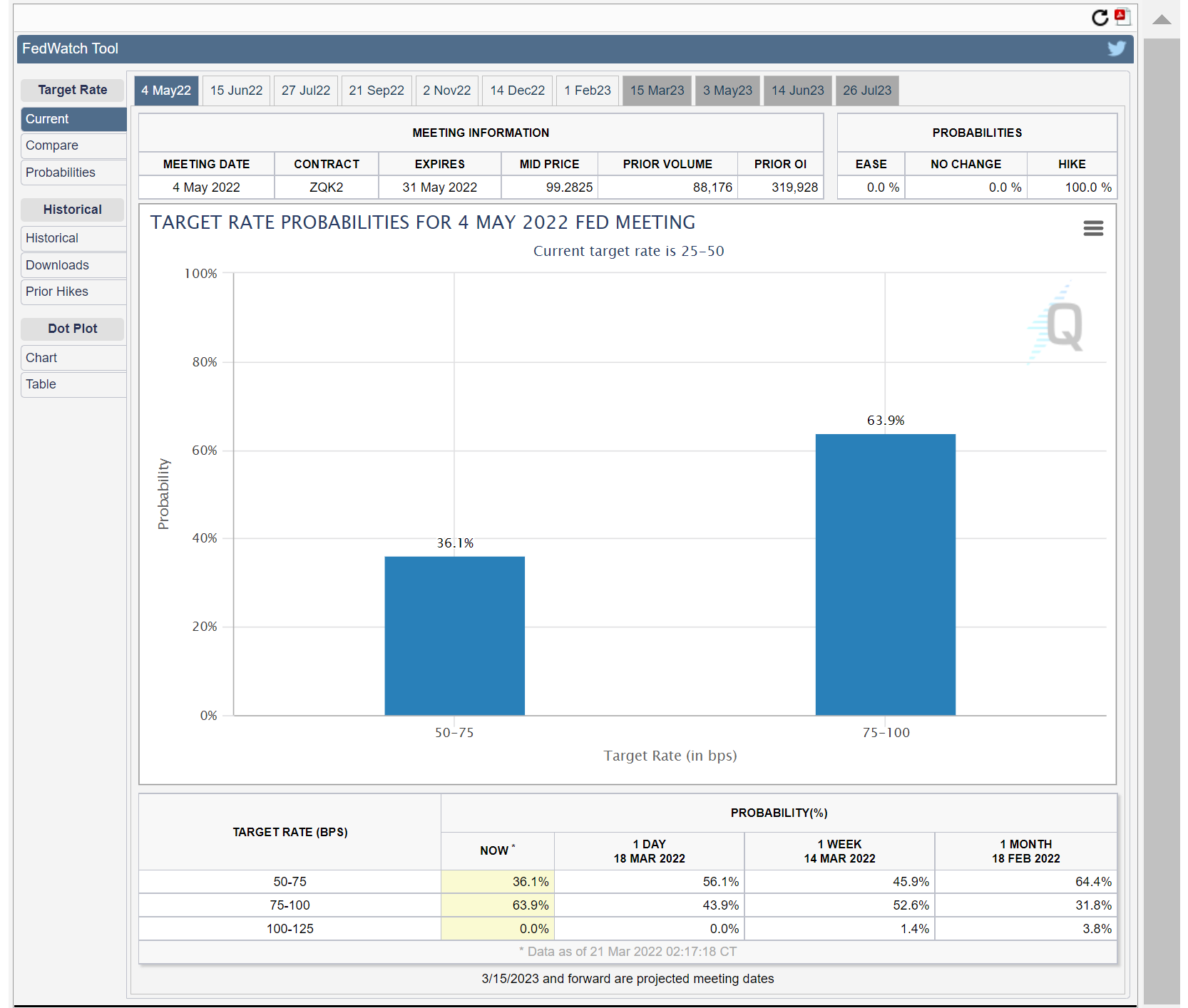 In other words, inflationary pressures will continue to rise both in the United States and Europe, and central banks raising interest rates will not be enough to lower that pressure dramatically.