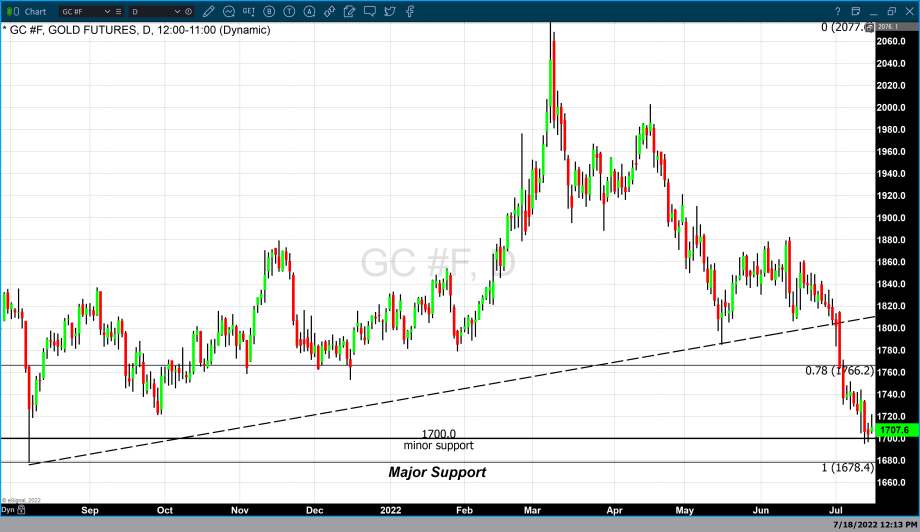 This can also be seen in spot gold pricing which is currently fixed at $1709.30. On closer inspection dollar weakness added $8.90 per ounce and traders bid the precious metal lower by $8.20 resulting in a net gain of $0.70. This is according to the Kitco Gold Index.

While dollar strength or weakness is intrinsically always a component of the net change in gold prices, recently it is been the predominant driver moving gold to lower pricing as the dollar moved to its highest value since 2002. Last week the dollar traded to a high of 109, well above a double top that occurred at approximately 104. 104 had been the highest trading value of the dollar index since the middle of 2002.

The dollar has been gaining substantial value since April of this year when it traded just below 90. From its low in April to last week’s high of 109 the index is gained 19% when weighed against the basket of currencies that the index is measured against.

After last week’s CPI index report for June was released market participants began to factor in the possibility that the next rate hike during this month’s FOMC meeting ending in July 27could be as high as a full hundred basis points. 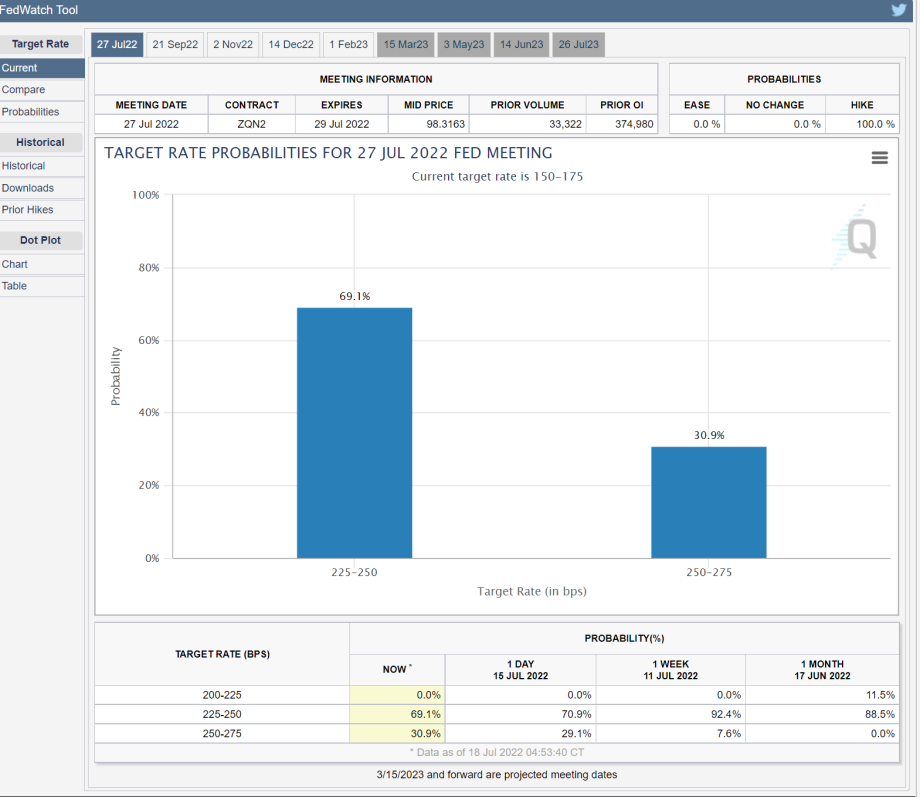 For those who would like more information simply use this link.