Inflation is not limited to the United States. It is a global phenomenon prompting central banks worldwide to take action. Central banks worldwide are quickly moving to a more aggressive monetary policy in an attempt to stave off the spiraling international level of inflation. The president of the Federal Reserve Bank of New York, John Williams, spoke to Bloomberg Television saying that ½ a percent hike in interest rates is a ‘very reasonable option’ for May.

He also addressed the endgame and timeline to achieve interest rate normalization, saying, “We need to get to a more neutral or normal level of the fed funds rate, though whether that would be the end of the year or exactly when will depend on the data … The Fed should get “real” interest rates -- nominal borrowing costs minus expected the inflation rate -- back up to a more normal level by next year.” 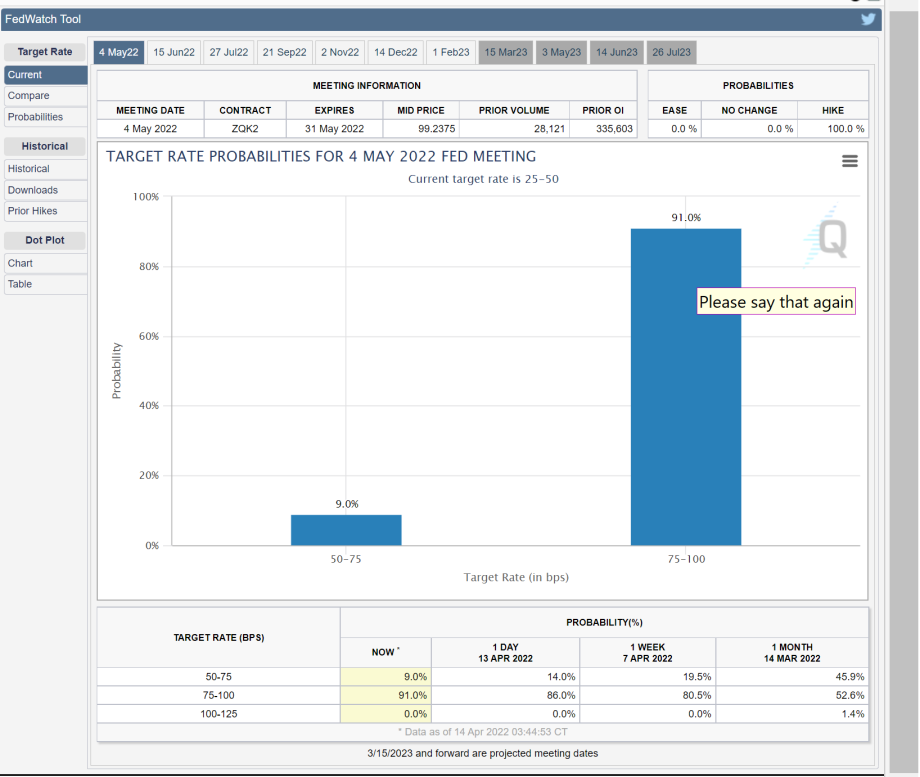 According to the CME’s FedWatch tool, there is a 91.06% probability that the Federal Reserve will raise interest rates by at least ½% and implement that rate hike after next month’s FOMC meeting. Changes in the Federal Reserve’s monetary policy initiating steps to curtail the highest level of inflation the United States is seen in the last 40 years is not an isolated stance. According to Reuters, “Central banks are racing to get on top of surging inflation, with New Zealand and Canada delivering aggressive half-point rate hikes this week and the ECB on Thursday sticking with plans to dial back stimulus this year.” 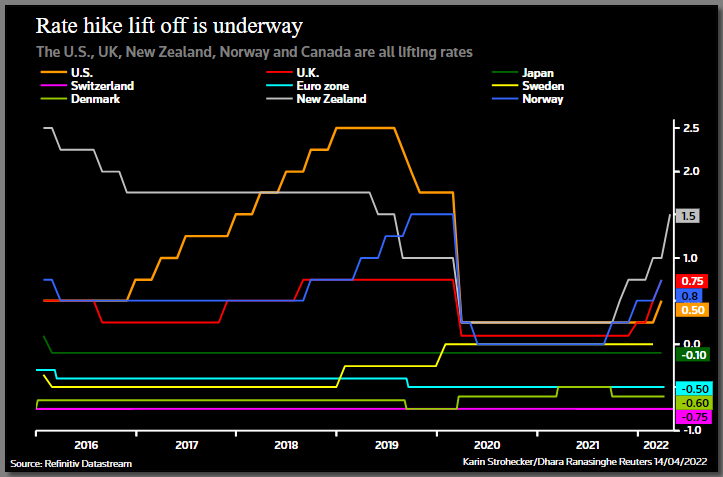 Central banks addressing spiraling inflation include New Zealand, Norway, Canada, Britain, the United States, Australia, Sweden, Switzerland, Japan, and the European Union. Truly this is a worldwide issue requiring action by countries throughout the globe. At the same time, central banks are also extremely cognizant that the war in Ukraine has created consequences that are rippling through economies across multiple continents. 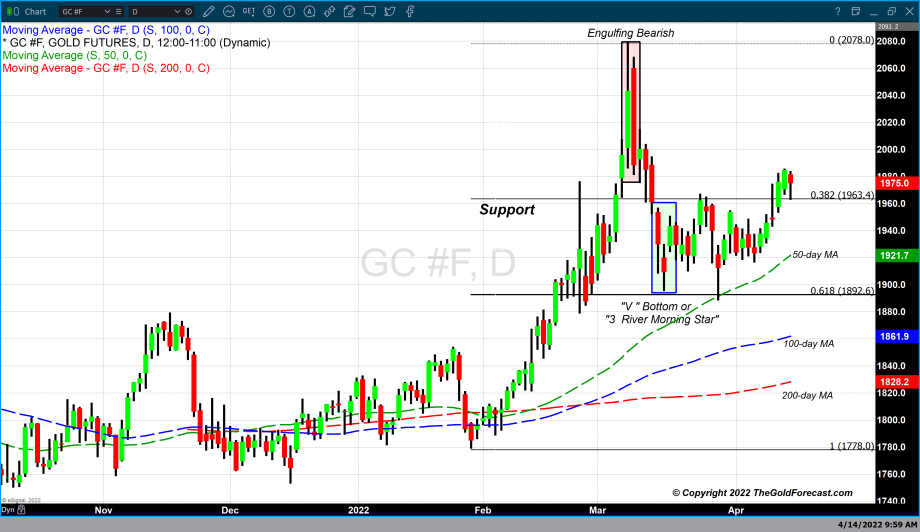 Gold is sensitive to rising rates as a haven asset. However, interest rate hikes will lessen the demand for holding nonyielding bullion. As of 5:18 PM EDT gold futures basis, the most active June 2022 contract is down $7.60 and fixed at $1977.10. The futures contract traded to a low today of $1962.70 and a high of $1984. The gold chart included with this letter indicates that there is strong technical support for gold at approximately $1963 per ounce. This matches today’s low of $1962.70 along with resistance at this price point that occurred at the beginning and end of March.

However, central banks across the board have acknowledged that the rise in inflation contains a large component of the fallout from the war in Ukraine. This war has had a major impact on global food and energy costs which will not diminish as long as the conflict in Ukraine continues. Even with central bank intervention, simply raising interest rates will not diminish the demand for essential products such as food and energy costs which collectively account for a substantial percentage of inflationary pressures that currently exist.