Gold has respectable gains, but still based on dollar weakness and not buying

Golf futures basis the most active December 2022 Comex contract is currently up $11.20 and fixed at $1669.70. Noteworthy was today’s intraday high of $1679.40 which came in just below the first level of resistance at $1680. However, once again we can see that while gold’s gains are respectable, they are based entirely upon dollar weakness. Furthermore, market participants bid the precious metal lower.

According to Reuters, “Gold prices rose to a two-week high on Wednesday as the dollar and U.S. bond yields slipped on expectations the Federal Reserve will temper its aggressive rate-hike stance starting December.”

As of 4:05 PM EDT, the dollar index is down 1.290 points or 1.16% and fixed at 109.54. The lack of market participants bidding gold higher can be seen through the eyes of the Kitco Gold Index (KGX). The screen print above of the KGC was taken at 3:53 PM EDT and shows spot gold was currently fixed at $1665 with a net gain of $11.90. However, as we have seen on multiple occasions recently it was dollar weakness that moved spot gold pricing up by $17.20, and selling pressure taking gold lower by $5.30. 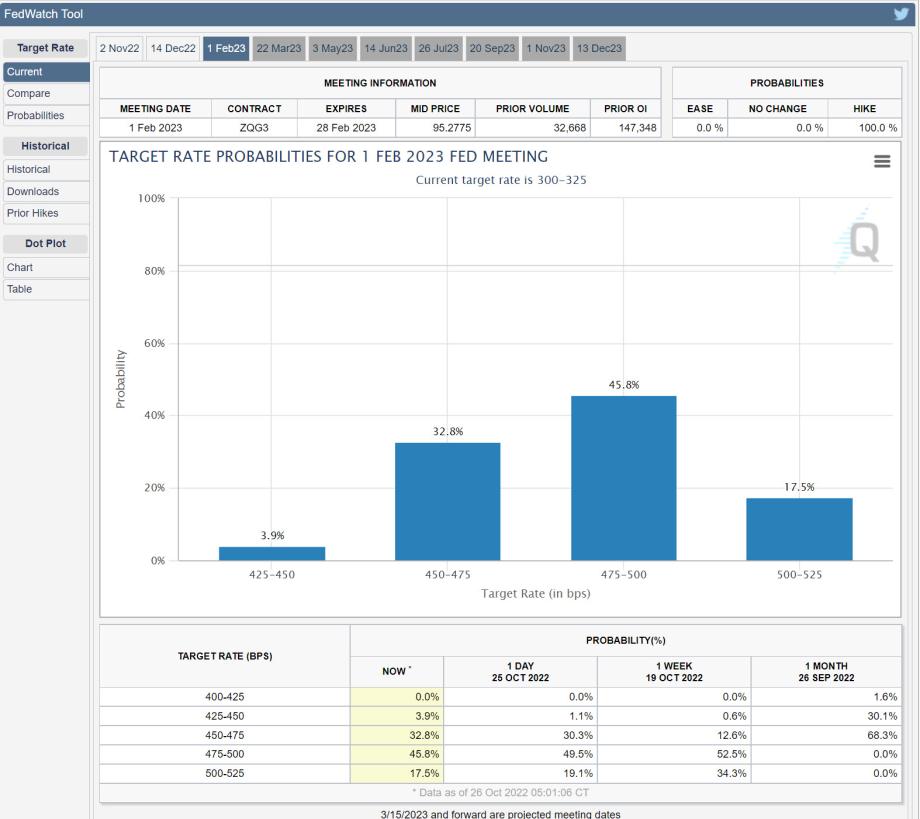 The most important question is while economists and analysts are expecting to see an economic contraction based upon the rapid rate hikes that began in March. However, how inflationary pressures will react if we don’t see a reduction in inflation following five consecutive rate hikes by the Federal Reserve this year?

The fear remains that after all of the rate hikes by the Federal Reserve Friday’s report reveals it had only a nominal effect on lowering inflation.